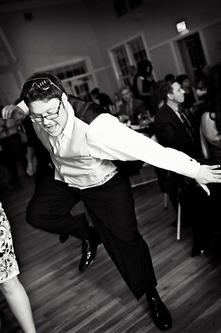 Austin has been singing all his life in many different concepts. Through his early years, he sang in his church, which helped develop his slightly soulful/ raspy sound. He then went on to sing in some local choirs, and got his real performance chops in high school when he became a founding member of High Impact, Matoaca High School's show choir. He has also sang in many different musicals throughout the years and joined his first acapella group in college. Since then he has worked on writing his own songs and preforming solo until joining Uncommon in 2015.  As far as music preferences, Austin leans towards an indie-alt, folk, southern rock mix; but he'll listen to anything with good words and a great beat. He can get down to old school R&B, sing some Screamin Jay Hawkins, blast The Goo Goo Dolls, and finish up with some T Swizzle all in one sitting.

In his off time, Austin is an avid Walking Dead enthusiast, concert goer, and Netflix junkie, and enjoys working on the next tasty concoction out of his kitchen and any other random thing he can get myself into. Austin currently resides in The Fan area of Richmond and is always looking for the new breweries and restaurants to test.